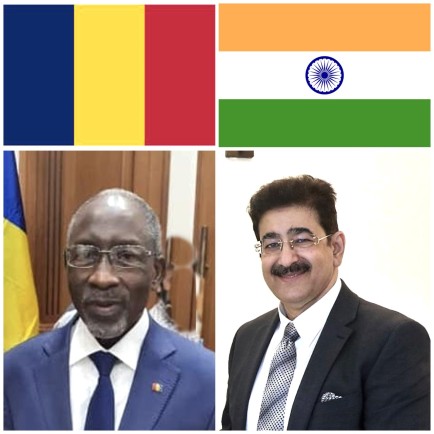 New Delhi: New Delhi: “I take this wonderful opportunity on behalf of ICMEI, Media and Entertainment Industry and complete Art and Culture Fraternity of India to congratulate H.E. Soungui Ahmed  Ambassador of  Chad to India and people of  Chad on their Independence Day which falls on 10th August,” said Sandeep Marwah President of International Chamber of Media And Entertainment Industry & Chairman Marwah Studios.”

Relations between Chad and India have witnessed significant growth since 2004, with many high level bilateral visits and interactions having taken place. Not much has taken place in the field of art and culture. International Chamber of Media And Entertainment Industry has offered to create Indo Chad Cultural Forum to raise the level of interaction between the people of two countries. A Scholarship has already been planned to learn creative arts in India by the deserving student from Chad.