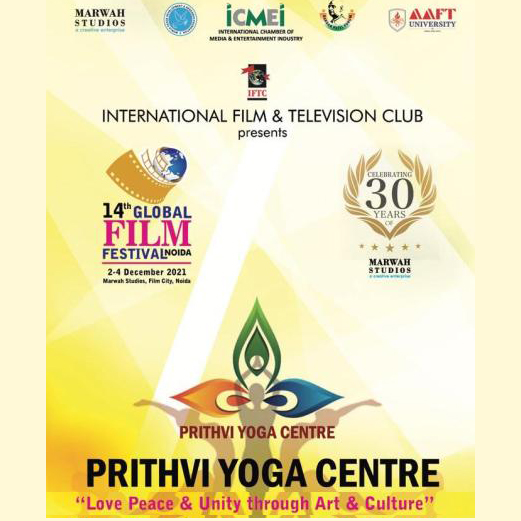 New Delhi: Prithvi Yoga Centre – a body of Marwah Studios to popularize the age-old science of Yoga to maintain the healthy status of body such as , mind, and soul, join hands with 14th Global Film Festival Noida 2021 to be held from 2nd to 4th December at Noida Film City.

“We are happy that we could talk about yoga to more than three million people who all have already been to Noida Film City for one or other reason and have been part of one or other festival or film, TV media events of Marwah Studios. Prithvi Yoga Centre has played the most important part in this popularity of Yoga,” said Sandeep Marwah a spiritual leader.

Yoga is for all. We started Prithvi Yoga Centre way back in 1993 with the opening of Asian Academy of Film and Television to keep our students fit who were then also planning to get into media. Yoga has helped our 20,000 students from 145 countries of the World added Marwah.

Prithvi Yoga Centre will create once again a powerful reminder during these three days to all the visiting delegates about its importance and successful ways to control body, mind and soul.